Jeff Webb built his American Dream through purpose, vision, and a passion to create a new sport and career path for thousands of athletes. His innovative organizational philosophy launched a new business model that empowered team members on a fundamental level and inspired professional commitment.

Jeff Webb is the founder of Varsity Brands, a company he built from startup to annual revenues approaching two billion dollars. Employing over 8,000 people in all 50 states, Varsity Brands has achieved year-over-year growth in sales and profits for 43 out of 44 years. Through his fierce entrepreneurial spirit, leadership and vision, Webb founded Varsity Brands beginning with a small training camp for high school and college cheerleaders and turned the company into a multi-billion dollar school spirit industry. By creating and implementing a model where all high school and college sports, and extracurricular activities, exist in synchronicity to positively impact tens of millions of students each year, Varsity is the undisputed leader in the extra-curricular space.

In his Tennessee apartment with only $85,000 in startup capital raised from family and friends, Webb set up in 1974 the first world headquarters of what would later become Varsity Brands. Through a series of strategically located summer cheer training camps employing top college students from around the country, he set out to deliver his leadership curriculum that would eventually revolutionize an important segment of the high school experience and make a positive contribution to America’s schools and their surrounding communities.

With an unrelenting commitment to the growth of his concept, Webb walked a tightrope between financial responsibility and gutsy expansion moves. Despite being undercapitalized and with no hard assets as collateral for bank financing, his perseverance, coupled with a dynamic leadership style, enabled aggressive growth of this young enterprise.

In order to showcase his concept, Webb later expanded into apparel manufacturing and competitive tournaments. He then implemented a unique cross-marketing model to create what would become the nation’s largest active student affinity group. He was positioning his company to provide all the products and services this new market would require, essentially inventing an industry and then fully servicing it. Beginning in the mid-1980s and for the next 25 years, Webb successfully acquired and integrated nearly 50 private companies and merged twice – first with Riddell, the nation’s leader of protective sports equipment, and later with Herff Jones, a leading supplier of scholastic products and services. The result was a unique, powerful and expandable partnership with America’s schools. By being the clear market leader and providing an unparalleled array of products and services for each segment of the industry he had created, Webb effectively built a moat to protect his company’s position and provide a springboard for strong and sustained growth over three decades. An astute and accomplished business executive, Webb steered his company through every conceivable business structure including limited partnership, ESOP, a public company, and private equity (three times) including new partner Bain Capital.

Webb also pioneered a standard for large scale high production value high school sports events, including the original telecasting of high school championships. He partnered with ESPN during its early years and in fact, Varsity is now the longest standing broadcast partner of the network. Webb has produced over 200 ESPN specials and has served as the primary on-air talent on more than half of the broadcast competitions. These events have included national and international championships involving millions of participants. Other long-standing strategic partnerships have included: Disney, Nike, Procter & Gamble, and Gatorade.

In 2007, Webb and his team launched an initiative to globally expand the fastest growing of his sports entities. After a 10 year effort involving thousands of hours of negotiating with established international sports federations and the International Olympic Committee, the International Cheer Union (ICU) officially received recognition as an Olympic sport in 2016. This was one of the shortest time spans for achieving this type of recognition in the history of the Olympic movement. The ICU now includes 110 country federation members and an annual ICU World Championships, an event many consider to be one of the most exciting sport championships.

While Webb has been broadly recognized for his innovation and leadership in creating a new industry, he considers his most important legacy to be the Varsity culture he has long nurtured, promoted and protected. At the center of it all has been Webb’s ability to focus the Varsity team on its mission: providing valuable, confidence-building and memorable experiences for its young customers. While the company’s culture includes classic elements of Webb’s business acumen, the principle he stresses most is an uncompromising commitment to putting the team and its mission before individual needs.  Webb’s charisma and passionate, inspiring leadership style include his direct and personal involvement at all key points of contact between employees and customers. He continuously reminds his young workforce that real value is created for the customer and the company in the field, not the office.

Webb has consistently been covered in the news, with numerous feature stories appearing in national media outlets such as Forbes Magazine, Wall Street Journal, USA Today, Sports Illustrated, CNN Money, Reuters, and The New York Times, as well as countless regional and local print and broadcast media outlets. He has also been featured in stories and interviews by all major television networks including NBC Today Show, FOX News, CBS Sports, CNN and ESPN, and has been called to contribute expertise in business and sports by many radio programs and podcasts including Entrepreneur.com, Bloomberg Radio, NBC Sports Radio, and Sirius XM Business Radio . During its development, Varsity was twice recognized by Forbes Magazine as one of the best Small Businesses in America.  Jeff was recognized as CEO of the year by Memphis Business Journal and served two terms as President of the Society of Entrepreneurs, and in 2005 was honored by the Society’s with its most prestigious designation, Master Entrepreneur.

Throughout his career, Webb has been active in philanthropic causes both personally and professionally. In addition to supporting local and regional charities and serving on their boards, he integrated national charity involvement throughout the Varsity culture. Webb was a strong and active supporter of the Muscular Dystrophy Association during the annual Jerry Lewis Telethon, where Varsity Spirit provided a team of college cheerleading instructors to entertain and drive fundraising donations.

Webb later allocated the resources for the development of a broad partnership between Varsity, over 10,000 U.S. high schools, and St. Jude Children’s Research Hospital; one which has led to over six million dollars in donations to the organization since 2011 and is set to continue into the future. He most recently spearheaded a partnership between the International Cheer Union and the International Special Olympics organization, an initiative which Special Olympics executives enthusiastically acknowledge will impact hundreds of thousands of special needs athletes throughout the world.

Jeff Webb’s life’s work with generations of young adults has fostered a unique perspective on the educational needs and expectations of America’s higher education system. Webb continues to pursue avenues for involvement in educational reform and providing a promising future for working families.

Jeff is a graduate of University of Oklahoma where he was an active campus leader and served as President of the Sigma Chi fraternity. He’s the father of two adult children, Jeffrey and Caroline, and resides in Memphis, Tennessee.  He’s an avid outdoorsman and is the proud owner of a grand champion Labrador retriever. 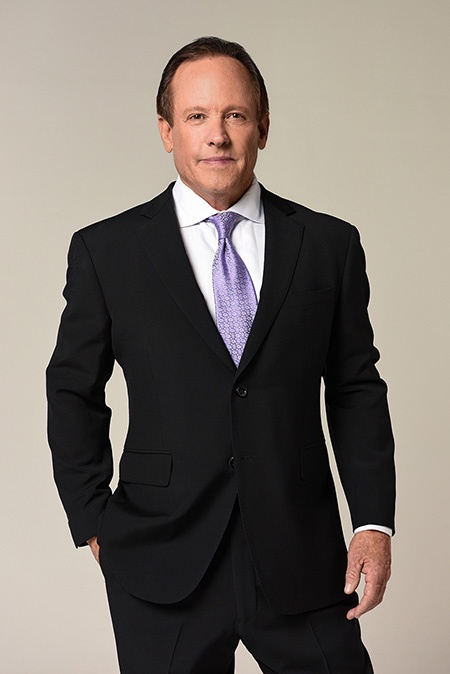